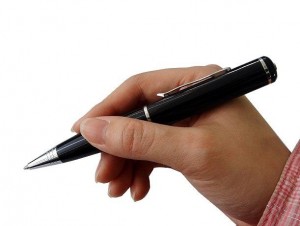 Letters for business are basically commercial letters written in a formal tone, most commonly used by business establishments to covey certain business related news to its customers, members, employees, suppliers, contractors etc. Each business letter style might differ from another depending on the relationship between the organization and the receiver of letters of business. Today letters are vital and have huge significance as they serve to create a tangible permanent record, are formal, confidential and seek to deliver a well-acknowledged message.

1.The Basic Structure of a Business Letter

The basic structure of a good, effective business proposal letter can be briefly divided into 3 prime parts. These are: Introduction, Contingents and Conclusion.

The introduction explains the main reason for the writing the business letter. The first part of the letter helps the reader to get a grip of the intention of the letter and comprehend the context in which this business letter should be accounted. There may be many prime reasons disclosed in the introduction part like complaints, job inquiries etc. The second part is the contingents; here you mention the important details revolving around the purpose of the concerned letter. It tells in a detailed manner about your intentions and what you want to achieve. This part is the most vital portion of a business letter, as the reader sends his reply or does the needful according to his understanding of the contingents. If you are writing a business proposal letter, make sure that this vital part contains the whole idea about the business proposed and its future aims and goals. The last part is the conclusion, where you indicate your intended response and your wishes about the stated proposal or subject of the letter. It’s important to indicate your expectation from the reader before you close your letter.

2. Important Features to Be Followed While Writing Letters of Business

There are certain pre-requisites or features which must be considered while you’re writing the letter and before you dispatch it to the addressed receiver. Following these points and writing the letter according to those will help you to make an effective and good business letter. First of all avoid the use of any casual tone, be formal, specific and precise. There is no harm in a business letter being friendly, but the professional tone should mark the overall letter. Writing in precise and specific terms will avoid the chance of any misunderstanding or false illusions. Organising your letter and the information you are providing should be in a logical and systematic manner. The use of terms and the writing style should be lucid and easily comprehendible by your expected reader. Be persuasive and compelling with your words, show the positives of your business proposal or the subject of the letter. Anticipating the reaction of your reader and address all his queries with you proposed solutions. To avoid any errors or grammatical mistakes which can leave a negative impression on your reader, you must proofread your letter once it’s completed.

Special focus should be given to fonts and format of a business proposal letter. The most commonly used format of a letter is the block format where the whole letter is left oriented and single spaced. Only the paragraphs have a double space between them. Modified block format is another popular format used where though the body of the whole letter and the addresses in done in left side with single spacing, the date and the end point is tabbed to the middle point and then continued with writing. The most unpopular format is the semi-block, it resembles modified block, but the paragraphs are set in form of margins instead of being left justified.

As for the fonts, the most common and accepted font is Times New Roma, size 12, but many establishments which are a little liberal might entertain business letters written is Arial or other fonts. Make sure you check the organisation before you send them a letter.

Writing a letter is not an arduous task if you are ready to follow the above mentioned guidelines and conduct a good business research before dispatching your letter. If you are writing the letter to a new organization or person, it’s always advisable to do a business research prior to writing the letter. Conducting a business research will assist you in writing a letter, which will be more valuable than writing without the knowledge of the organisation. Be alert while choosing your pronouns and words as it makes an impression on your readers. Letters are always more effective and good if they are able to communicate with the person first.